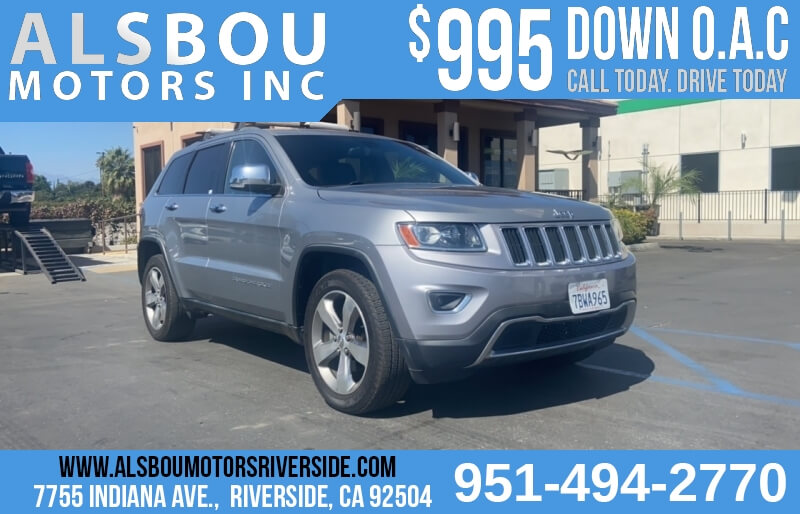 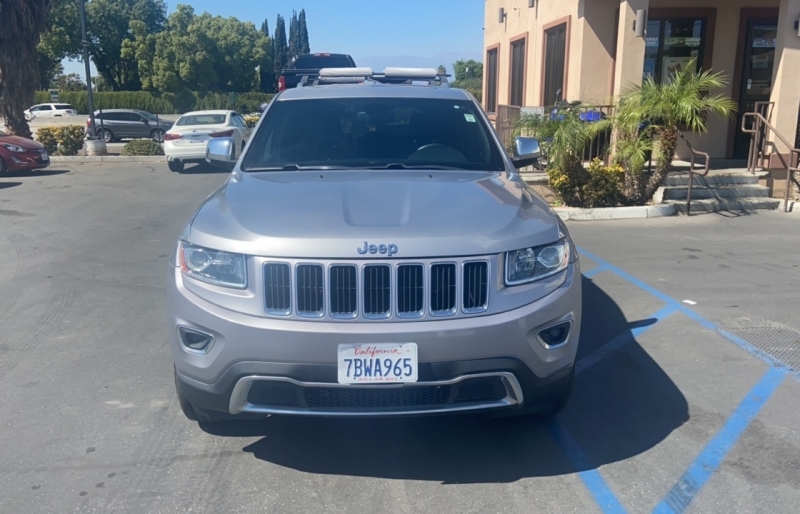 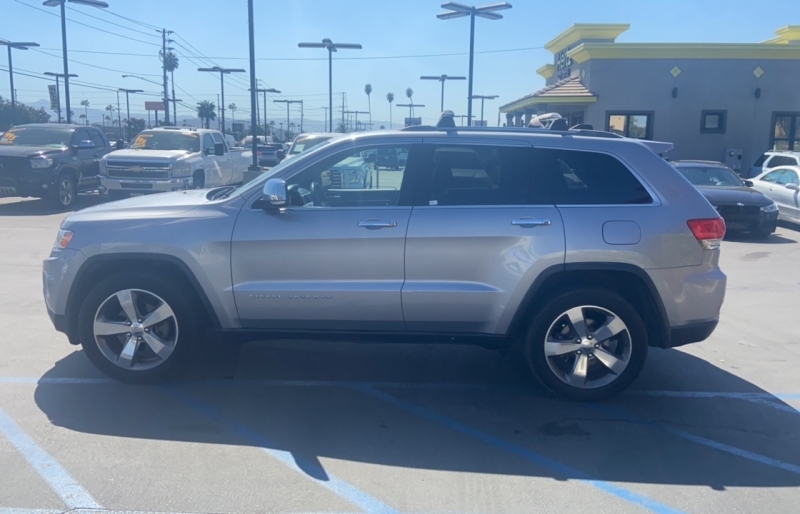 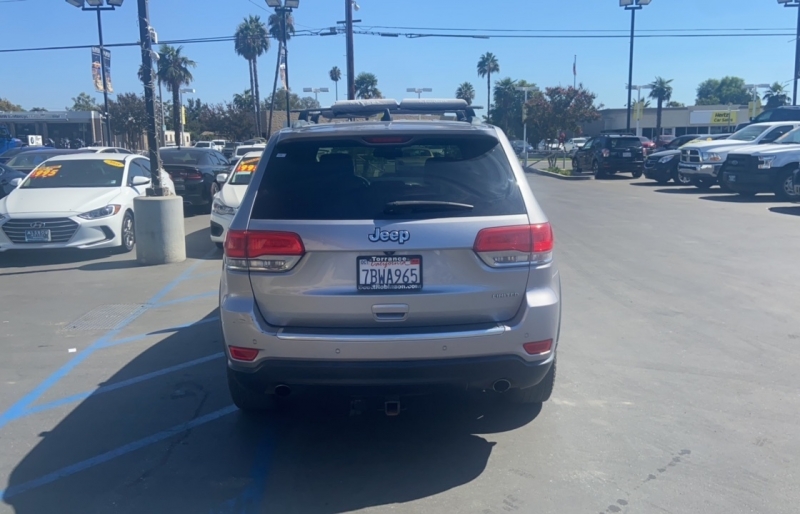 If you want a midsize SUV that does a little of everything, the 2014 Jeep Grand Cherokee is tough to beat. Its well-trimmed cabin is comfy for five, and it's one of the few remaining utility vehicles that can handle both off-road trails and daily commutes.

If you haven't been around a new Grand Cherokee in a while, you might be surprised when you slide behind the wheel of the 2014 Jeep Grand Cherokee. Previous versions of the top Jeep took hits for their excessive fuel consumption and general lack of refinement, but the Grand Cherokee has rebounded in recent years with significant improvements to ride quality, fuel economy and interior accommodations. It's one of our favorite midsize SUVs, and Jeep has made key updates for 2014 to address its few lingering faults.

The new turbodiesel V6 marks the first time the Grand Cherokee has had a diesel engine option since 2009. It provides the highest fuel economy of all the available engines, and its ample low-end torque makes it the best option if you're planning to tow or go off-road with your Jeep. The downside is that the diesel engine is more expensive than the JGC's V8, but our math tells us that difference is made up at the pump in about 35,000 miles. If you can handle the upfront cost, the diesel engine is an outstanding choice on the 2014 Jeep Grand Cherokee.

Although the current-generation Jeep Grand Cherokee is much more comfortable and civilized in everyday driving than older versions, it hasn't lost any of its off-road prowess. Jeep gives you several four-wheel-drive systems to choose from, and an optional off-road package provides an adjustable air suspension that can change the ride height on the 2014 Grand Cherokee from 6.6 inches for easy entry in garages with low vertical clearance to 11.3 inches for maximum ground clearance while on rough terrain. Alongside that, the Grand Cherokee's upscale interior continues to be a draw, and it's complemented this year by a new electronics interface with an available 8.4-inch touchscreen.

Add this up and you're looking at one of the best picks for a do-everything midsize SUV. The Grand Cherokee's closest competitor, the Toyota 4Runner, shares the Jeep's off-road aptitude, but it doesn't offer a V8 or diesel option, and its interior simply isn't as nice. The price tag on the JGC, however, typically exceeds that of the 4Runner or popular crossover SUVs like the Ford Explorer or Honda Pilot. In that sense, the Grand Cherokee is similar to the Volkswagen Touareg, which also has a high-end cabin and offers a diesel engine option (though the VW is tuned more for on-road performance rather than off-road pursuits). Like the Touareg, the 2014 Jeep Grand Cherokee feels as if it belongs in a higher class, and if you need or simply want all of its capabilities, you won't mind paying a little more for it.

The 2014 Jeep Grand Cherokee is a five-passenger midsize SUV that comes in five trim levels: Laredo, Limited, Overland, Summit and SRT. Each is available with rear-drive (2WD) or four-wheel drive (4WD), except the high-performance SRT model, which is 4WD only.

The Overland model features all of the standard equipment from the Limited, plus 20-inch wheels, the 8.4-inch touchscreen with navigation and the contents of the Luxury Group II package. The Summit comes with the most standard equipment, as it includes all of the features from the Advanced Technology Group, along with a 19-speaker Harman Kardon sound system and polished 20-inch wheels.

A Blu-ray-capable rear-seat entertainment system (with twin seat-mounted displays and HDMI and RCA inputs) is optional for the Limited, Overland Summit and SRT. The towing package that's standard on the Overland and Summit models is available as an option on the Laredo, Limited and SRT trims.

The 2014 Jeep Grand Cherokee receives a host of changes this year. Highlights include a refreshed exterior design, a new 3.0-liter V6 diesel engine, a new eight-speed automatic transmission and an updated interior with new technology features.

Except for the SRT version, the 2014 Jeep Grand Cherokee comes standard with a 3.6-liter V6 that produces 290 horsepower and 260 pound-feet of torque. This is the only engine you can get on the Laredo, but two other engines are available on the Limited, Overland and Summit models: a 5.7-liter V8 rated at 360 hp and 390 lb-ft of torque and a turbocharged 3.0-liter diesel V6 that cranks out 240 hp and 420 lb-ft of torque.

All 2014 Grand Cherokees use an eight-speed automatic transmission. The Grand Cherokee SRT uses a heavier-duty eight-speed built to handle its more powerful engine. The SRT also features a specialized all-wheel-drive system tuned more for high-performance driving than off-road use.

In Edmunds brake testing, a diesel 4WD Jeep Grand Cherokee stopped from 60 mph in 121 feet, which is a respectable distance for this class, while a 4WD Grand Cherokee with the gasoline V6 needed 133 feet, which is longer than average. Meanwhile, the last SRT model we tested stopped in 109 feet, a short distance but expected on an SUV with summer performance tires and high-performance Brembo brakes.

In testing by the Insurance Institute for Highway Safety, the Jeep Grand Cherokee received the highest possible rating of "Good" in the frontal-offset, side and roof-strength crash tests. Its seat/head restraint design was rated "Good" for whiplash protection in rear impacts.

Even when equipped with the base gasoline V6 engine, the 2014 Jeep Grand Cherokee is plenty powerful. It also provides a quiet, comfortable ride and commendable stability around turns. The new eight-speed automatic transmission is a great addition, as it makes better use of the V6's power than last year's six-speed automatic, and shifts much more smoothly to boot. All in all, most shoppers will be quite satisfied with the base-engine Grand Cherokee.

If you're looking for better fuel economy, though, the new diesel-powered V6 is an interesting option to consider. Plus, the diesel's high torque output makes it ideal for big-league towing jobs and off-road use. Around town, the diesel V6 lurches and clatters quite a bit, but once it's up to highway speed, it's exceptionally quiet. Perhaps the biggest downside to choosing the diesel is the sheer weight of this heavy-duty engine: Diesel Grand Cherokees weigh considerably more than other versions, and this has a noticeable impact on the way the Jeep steers and handles -- it simply doesn't feel as precise or balanced when going around turns. In addition, our diesel Grand Cherokee test vehicle, which was equipped with the optional Quadra-Lift air suspension, wasn't especially comfortable or smooth-riding on rough city streets (though it showed good composure over larger bumps and ruts on the highway).

If fuel economy is not of particular concern, the 2014 Jeep Grand Cherokee SRT is a tower of power that accelerates and stops at rates that will impress even the most seasoned sports car driver. It's a sleeper performance vehicle if ever there was one, though its run-flat summer tires and aggressive suspension tuning result in a fairly stiff ride on city streets and highways alike.

Off-road, the Jeep Grand Cherokee is at the top of the mountain for its class. Trail obstacles and steep hills are easily dealt with regardless of which engine you choose (although the SRT version is built primarily for paved-road driving), thanks to the advanced four-wheel-drive systems and the Jeep's generous ground clearance.

The 2014 Grand Cherokee's interior looks similar to last year's, but there are some useful upgrades. The dash now houses a standard configurable 7-inch screen that can be used to display a wide range of information. We also like the center-mounted 8.4-inch touchscreen that's standard in all Grand Cherokees, except the Laredo. It features an easy-to-use interface and includes a Wi-Fi hotspot and smartphone app integration, including media apps from Pandora and iHeartRadio. It also houses the navigation system if you select that option. Sometimes it takes a few too many touch inputs to make climate control adjustments through the touchscreen, but apart from that minor complaint, the Grand Cherokee has one of the nicest interiors in this class.

While the Grand Cherokee has no third-row seat option, there's ample room for a family of four or five, and you can order up a significant amount of luxury ambience, including ventilated front seats and a new dual-screen, Blu-ray-capable rear entertainment system with an HDMI input. Backseat passengers should be pretty comfortable, as the Grand Cherokee offers up considerably more rear legroom than the Toyota 4Runner. With the rear seats in place, the cargo bay measures 36.3 cubic feet. With the rear seats folded down, the Jeep has 68.3 cubic feet of storage space.