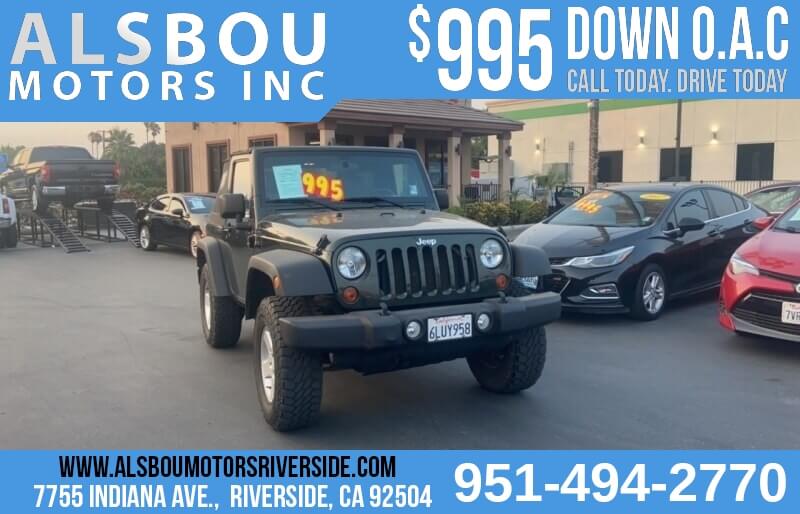 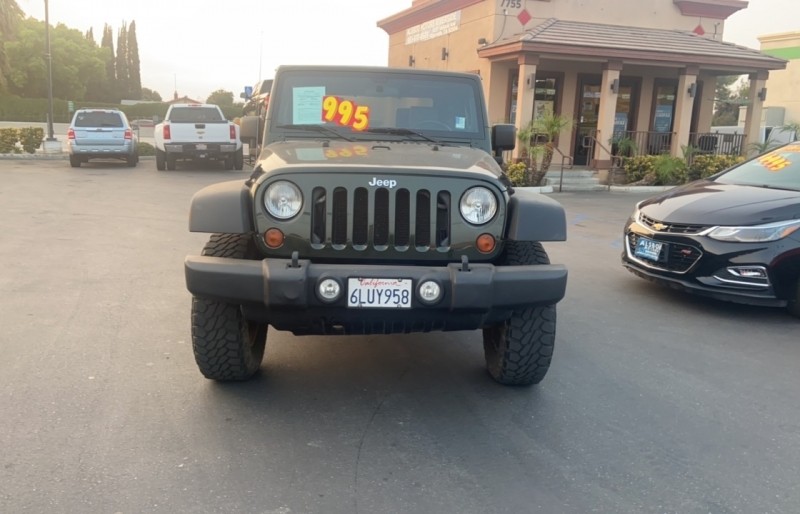 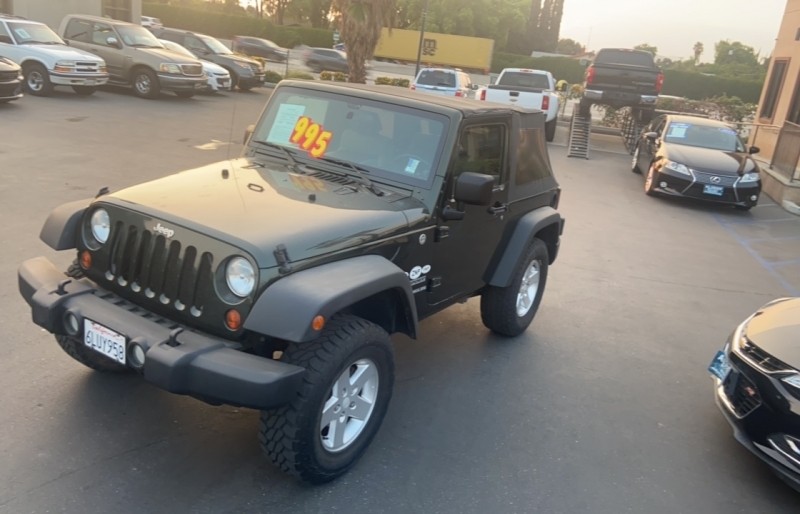 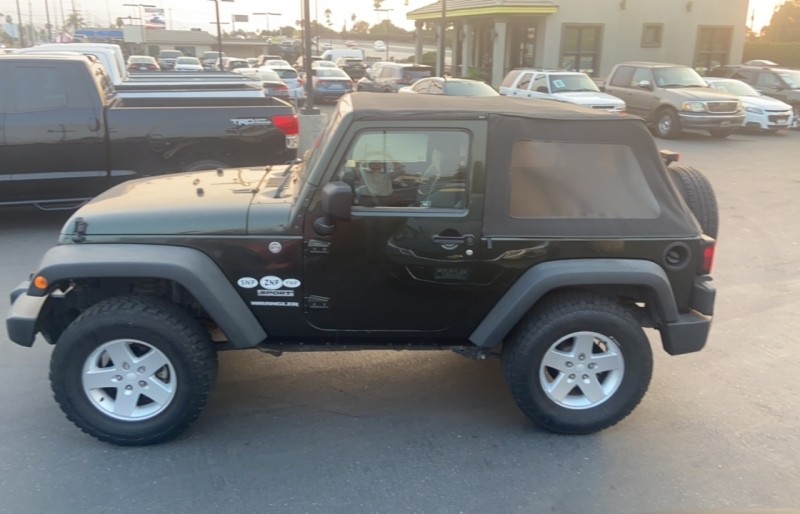 The 2010 Jeep Wrangler makes little sense as an everyday driver, yet its quirky character and unique features continue to hold appeal for some.

On any reasonable hierarchy of wheeled conveyances, the 2010 Jeep Wrangler would rate only slightly higher than a vehicle towed by a donkey through the streets of Kabul. The engine is anemic and thirsty, and it sounds about as good as said donkey. The interior is louder than a dinner with Chris Matthews. The doors aren't intended to protect you in a crash, and they smack into your leg when they open because they're attached by a strap. The manual passenger-side mirror is adjusted by the passenger or your nine iron. The trunk can be broken into by opening the zipper. The plastic rear windows are defogged by opening the zipper.

Yet the Wrangler remains strangely appealing, not as a vehicle so much as an experience. While all those negatives count against it compared to conventional SUVs, the Wrangler scores points by being unconventional. The 10.2 inches of available ground clearance, the steep approach and departure angles and the two-door's short wheelbase make the Wrangler a go-to vehicle for off-roading.

The doors have that aforementioned strap because they can be removed, which improves off-road visibility (or makes you look carefree and cool on-road). The windshield, meanwhile, can fold forward onto the hood, which is good for catching bugs in your teeth and hunting the occasional water buffalo. Quite simply, if the Wrangler can't get you there, hire a helicopter, or maybe that donkey from Kabul.

The Wrangler Unlimited is also the only four-door convertible on the market. Of course, lowering that top can be an awkward, time-consuming process, but at least it's been made a little easier for 2010 thanks to a simplified removal system that eliminates the need to untuck and tuck the side rails. Aside from its roof, the Unlimited is noteworthy for being the first Wrangler model to offer a modicum of practicality, with four doors and a usable backseat and trunk. Not only can you venture to the Rubicon Trail, you can venture to Rubio's Mexican Grill with four friends as well. Just don't expect the quiet and comfort of some of Jeep's other models.

So despite its obvious, glaring drawbacks, the 2010 Jeep Wrangler remains appealing -- you just need to know what you're getting into. Among specialty off-road SUVs, though, there are certainly more well-rounded alternatives. The Toyota FJ Cruiser is perhaps the best as it, too, is tremendously capable and uniquely styled while adding decent on-road manners. The Nissan Xterra has less style, but its traditional four-door body is a more sensible choice for highway and urban use. However, neither offers a convertible roof, removable doors or a drop-down windshield. For better or worse, there's only one Jeep Wrangler.

The 2010 Jeep Wrangler is a convertible SUV available in two- and four-door body styles. The latter is known as the Unlimited. Both are available in Sport, Rubicon and Sahara trims. Standard equipment on the Sport includes 16-inch steel wheels, foglamps, a folding soft top, cloth upholstery, a tilt steering wheel, a one-piece flip-and-fold removable rear seat and a six-speaker stereo with CD player and auxiliary audio jack. The Sport 4x4 can be had with the Mountain package, which adds 17-inch alloy wheels, off-road tires, special badging, different bumpers, taillamp guards and tubular side steps. The Islander package (which was produced for a very short time on two-door Wranglers only) has different 17-inch wheels, a "performance suspension," unique badging and a leather-wrapped wheel.

The "Freedom Top" is optional on all Wranglers and includes a three-piece modular hardtop, a rear window defroster and wiper, tinted windows and a storage bag. All trims can be equipped with an upgraded stereo with a six-CD/DVD changer and iPod interface. The Sahara and Rubicon can be equipped with a navigation system that includes a hard drive, real-time traffic, digital music storage, iPod interface and Bluetooth. The Sport and Rubicon can be equipped with half-metal doors that include plastic windows and without the Power Convenience Group equipment. Finally, a towing package is available on all Wranglers.